Posted at 12:33h in blog by Yaakov Hoter 1 Comment

One Magic Shape Part 2 – How High the Moon

The One Magic Shape as a Dom7b9

Please take this lesson only after completing part 1-
https://www.gypsyandjazz.com/magic-shape/

To get that sound you need to use the magic shape just a half-tone above the root of the DOM7 chord. Try it out and see how it sounds.

Let’s take a look at B7 with the root on the 6th string. Your One Magic Shape is just
half-a- tone above – Cm.

You can replace ANY Dom7 chord with a Dom7 chord one tritone above or below it.

The Tritone interval, as its name indicates, is an interval composed of three whole tones. It’s easy to visualize it: 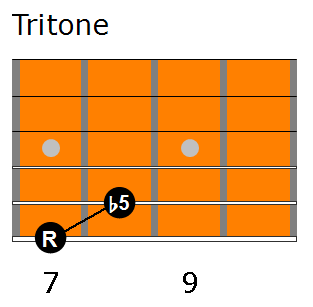 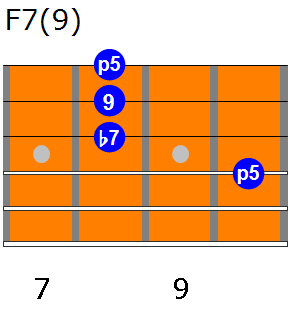 As you can see. It’s the same Cm that we had before; this is just another way of looking at it.

Either way, we have a substitute for the main Dom7 chord (B7 in our example).

Whichever way you look at it, you play the same notes and you get the same sound: You get the b9 and b13 and, if you add some extra notes, as we did in the previous lesson, you can easily add the #9 and get an alt sound.

There is a V7 in every II-V-I progression. This is the most basic and common progression in Jazz, so mastering the One Magic Shape over this progression is a huge benefit for you .
Here is an example in C major:

How High the Moon- Mastering The One Magic Shape over songs

How High the moon is a song with many II-V-I phrases. So this is a great exercise for you to start mastering the One Note Shape over songs.

First, concentrate on the Dom7 chords to get the b9/b13 sound. Later on, implement the One Note Shape over Maj6, minor and Dom7/9 as well.

How High the Moon with the One Magic Shape over Domb9b13: 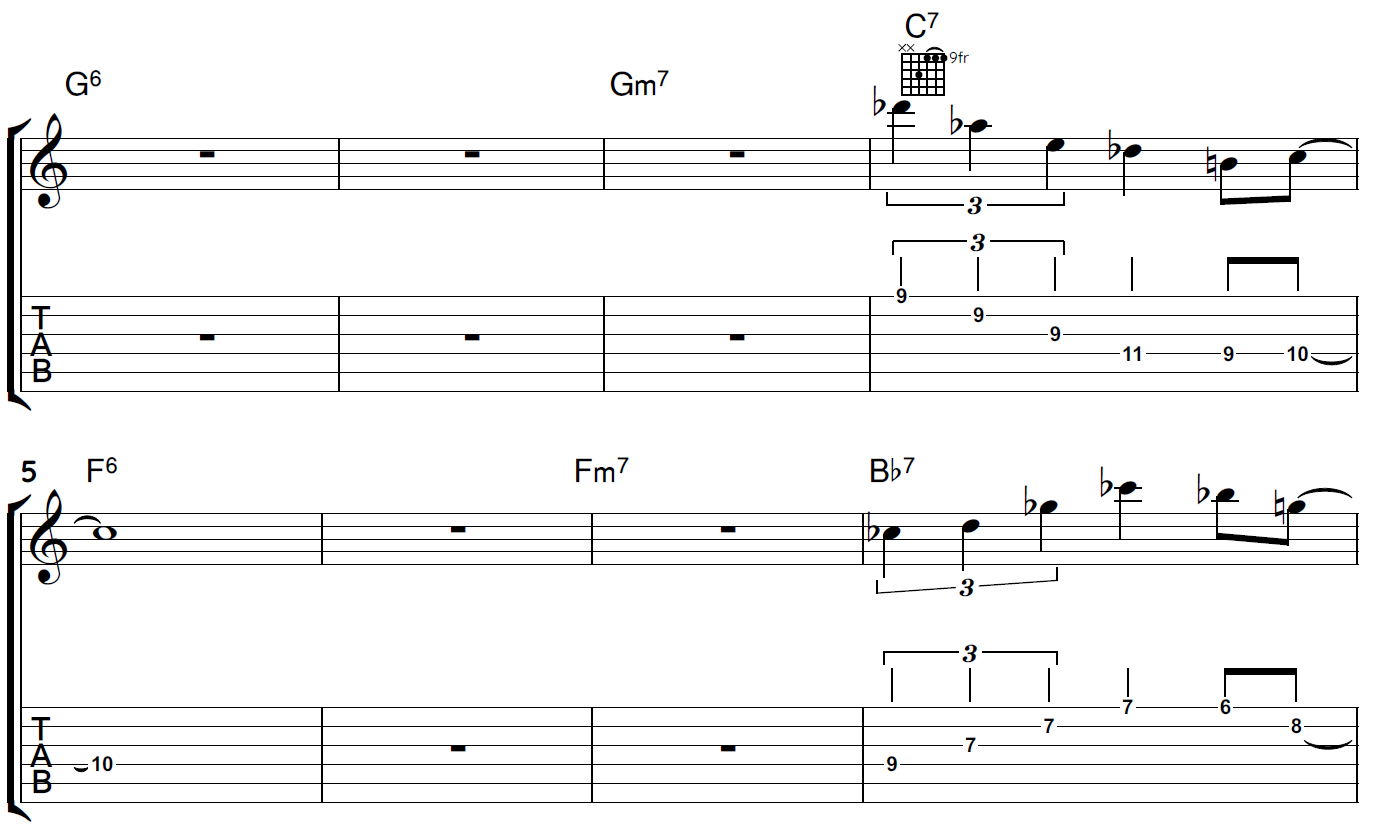 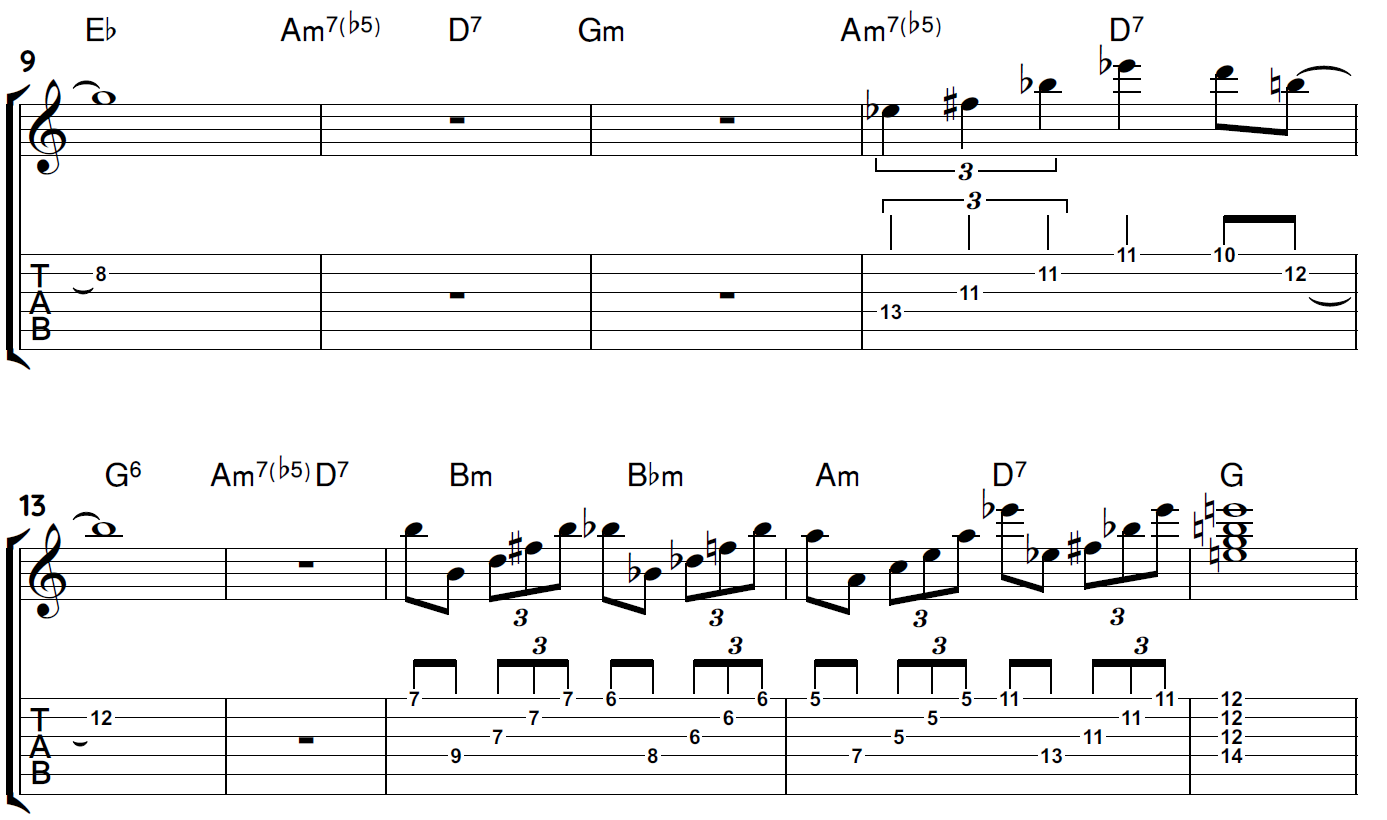 As we did in the previous lesson, let’s add some notes to the One Magic Shape:

Here we have two options: 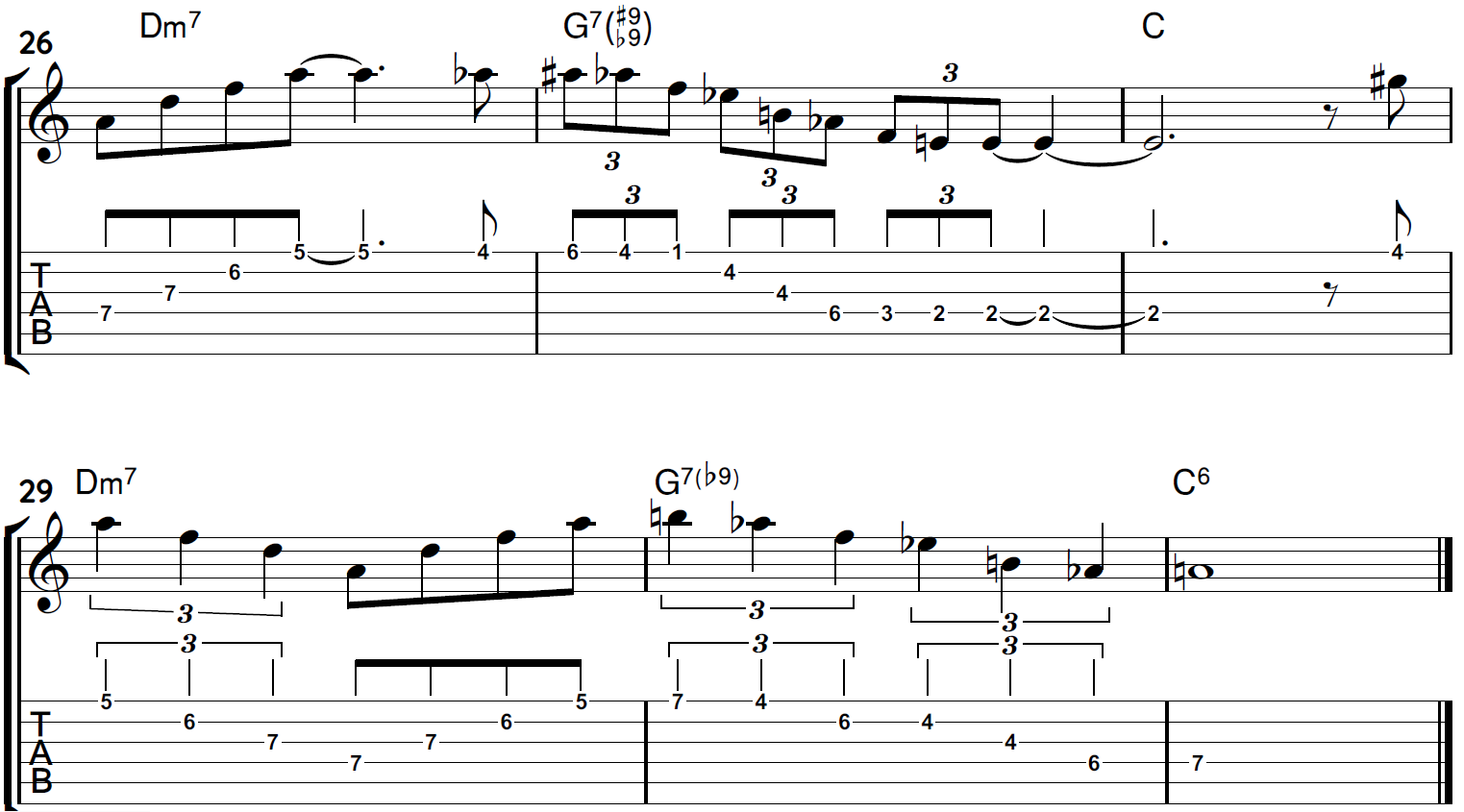 Let’s listen to two examples from Django Reinhardt on the same B7 chord:

That was great!  But, it can take so long to learn how to apply this knowledge in a truly musical way. There are so many ways to play the half dim7 that you end up hearing jazz guitarists just playing arpeggios up and down their fretboard and that just tends to get  boring before you know it.

BUT,  by paying attention to the Gypsy masters, I learned how to simplify things and it’s much easier to get creative and musical when you just visualize ONE simple shape that you can use in different ways. And it’s much easier to get creative with it. See it. Hear it. Come up with new musical ideas that inspire you, rather than just playing the arpeggios up and down your fretboard.

I don’t know about you, but it’s easier for me to get creative when I see music as a very SIMPLE thing. It clears my mind to think of the music I play and not about sophisticated ideas. It gives me joy and inspiration. I hope that this way of thinking is inspiring for you as well.