Posted at 06:46h in blog by Yaakov Hoter 1 Comment

In this lesson, you’ll learn how to build structure in your improvisation. We will learn the beginning of Django’s solo over Minor Swing from 1947. This improvisation is arranged in a unique structure that gives us a glimpse into the genius of Django’s playing in a way that you can easily implement in your own playing. You’ll learn to look at your improvisation like a composition, from a higher point of view. When you listen to Django’s solos, you can tell that they are very organized. There are motifs, clear beginnings and endings to each sentence, repeating melodic or rhythmic ideas and more.

Here is your rhythmic line for the first four bars:

And here is your variation in the next four bars:

The Form of the Improvisation

Django plays this twice in a row at the beginning of the first chorus. We can look at it as an A-A form in his solo. Here is a scheme of the first eight bars. Each line (A part) indicates a four-bar sentence: 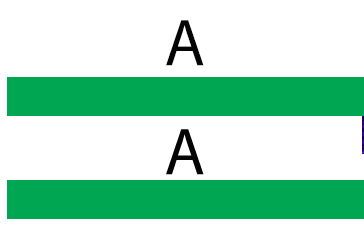 How to Implement that in Your Playing

Learn this musical sentence and try to compose your own phrase that sounds like this, over Minor Swing.
Play variations, the line can be either ascending or descending, or mixed. Use this example to build your first line of four bars. When you start to feel the four bars, start to improvise your own four bar sentences and even try to implement this on other songs.
Now you are not repeating licks. You repeat a musical idea defined by:

⦁ Length (four bar sentence)
⦁ A – A form (two sentences of four bars that repeat, as a motif)
⦁ Rhythmic pattern that repeats in the two sentences, with a tiny variation
⦁ Adaption to the chord progression (you change the notes according to the chord you play over).

This is not easy to do, I know. But starting to see it, hear it in the music you listen to, and gradually apply it to your playing, will take your improvisation to a new dimension.

Minor Swing is considered to be Django Reinhardt’s and Stephane Grapelly’s most famous composition and one that thrilled the hearts of millions of guitarists and music lovers around the world. This is also the first song many guitarists in the style of Gypsy Jazz learn and a
must-know tune in every jam session.

Many guitarists have a solid technique, many licks under their fingers, nice sound and decent knowledge of their fingerboard. And yet, their improvisation is boring and lacking in musical feeling. What’s missing is the musical structure that is the secret of true melodic and musical improvisation.